By Milena Veselinovic, for (CNN)It may be famous for its meandering medinas and the scenic Atlas Mountains, but Morocco might soon make its name as a solar superpower.

The north-western African nation is building the world’s biggest concentrated solar power plant, which will supply electricity to 1.1 million Moroccans by 2018, according to the World Bank.

The plant is being constructed in a 30 square kilometer area outside the city of Ouarzazate, on the fringe of the Sahara desert, famous as the filming location of Hollywood blockbusters like “Lawrence of Arabia” and “Gladiator,” and the TV series “Game of Thrones.”

The first phase, titled Noor 1, will be operational in the next few weeks, according to officials.

“Morocco stands at the forefront of climate-friendly policies in the region,” Inger Andersen, World Bank Regional Vice President for the Middle East and North Africa, says in a report.

“The country is well positioned to benefit from its head-start at a time when other regional powers are beginning to think more seriously about their own renewable energy programs,” he adds.

Energy even at night

The Noor complex will use a technology called Concentrating Solar Power (CSP), which is more expensive to install than the widely used photovoltaic panels, but unlike them, allows to store energy for nights and cloudy days.

It uses mirrors to focus the sun’s light and heat up a liquid, which is mixed with water and reaches a temperature close to 400 degrees Celsius. This produces steam, which in turn drives a turbine to generate electrical power.

It’s hoped that the project, whose construction was officially launched by Morocco’s King Mohammed VI in 2013, will reduce carbon emissions by 700,000 tons per year and even generate an energy surplus for exports.

Morocco heavily depends on fossil fuel imports at the moment, which currently provide over 97% of its energy, making the country vulnerable to their fluctuating price. 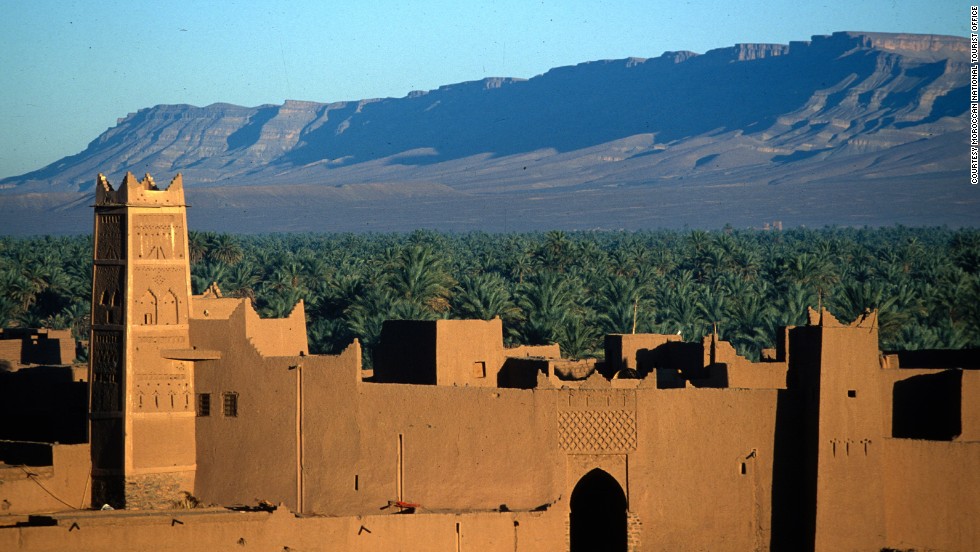 The plant is being constructed in the Ouarzazate region.

An unreliable supply of electricity causes daily obstacles to lives of tens of thousands of people in Morocco’s rural areas — from flickering light bulbs to malfunctioning hospital equipment.

To tackle the problem, the country is hoping to install enough diverse clean-energy plants to meet 42% of its demand for power, including 14% from solar, by 2020.

The African nation already hosts the Turfaya wind farm which, with 131 turbines, is the largest on the continent, and it is rapidly becoming a mainstream market for renewable energy investment according to Ernst and Young. The Moroccan Agency for Solar Energy was established in 2010 to spearhead new and ongoing projects.

“There is a very strategic sense in Morocco of diversifying energy sources,” says energy specialist, Roger Coma-Cunill in a World Bank blog, “and a clear sense, with all these targets to reach by 2020, of adding to a green growth plan and being a model for Africa. Morocco is trying to be a gateway to Africa – that’s part of this endeavor,” he adds.

A lack of reliable power has long been Africa’s Achilles heel, blamed for stunting the continent’s development.

Only 24% of population in Sub-Saharan Africa have access to electricity, which is the worst rate in the world. Excluding South Africa, the region’s entire installed generation capacity is equivalent to that of Argentina.

In rural areas connectivity falls even lower to 5% in Kenya, 4% in Mali and just 2% in Ethiopia according to the African Development Bank.