Here’s the latest on the investigation into the singer’s death, his estate and tributes:

His niece and grand-niece, descendants of his late half-brother Duane Nelson, have obtained lawyers, indicating they will join the pool of relatives and claimed relatives who may be eligible to inherit some of the superstar’s millions.

According to documents filed with the probate court in Carver County, Minn., on Friday and made public Monday, Brianna Nelson and Jeanine Halloran, the mother of V.N., are now represented by a local law firm and a Chicago law firm in the legal proceeding now underway to settle Prince’s estate in the absence of a known will.

These two relatives had not come forward to the court earlier, and were notably unmentioned in the petition filed last month by Prince’s full sister, Tyka Nelson, naming herself and five other half-siblings as potential heirs to the estate. 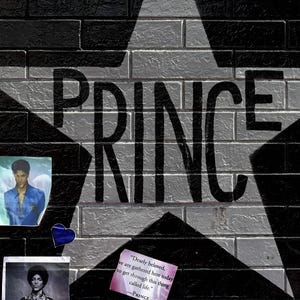 Prince’s death, Day 23: His teenage great-niece might be an heir.

But on Friday, a local lawyer named Michael Padden, who had once represented Duane Nelson Sr, who died in 2011, wrote to the probate Judge Kevin Eide officially alerting the court to their existence and the need for to appoint a lawyer to safeguard the teen’s interests.

In other legal documents made public Monday, the temporary administrator of the estate, Bremer Trust, sought court approval of its efforts to gain control of all of the assets of Prince’s “wide-ranging” estate, and its proposed methods for sorting out who is and isn’t related to Prince based on DNA testing.

Anyone claiming a “genetic relationship” to Prince will have to file an affidavit with the court setting out facts to establish a “reasonable probability” of a relationship. And they will have to submit to — and pay for — blood and genetic testing to confirm (or deny) said relationship.

Bremer also wants power to issue subpoenas, take depositions and deploy legal discovery methods to bolster its informal efforts to gather all the facts about Prince and his estate possessed by “legal, medical and business professionals,” some of whom live in California.

Sunday recap: Comedian Sinbad, musician Sheila E, and Gilbert Davison, Prince’s former manager, were among the guests seen attending a private memorial service for Prince on Sunday evening at the Jehovah’s Witness Kingdom Hall in Minnetonka, Minn., where Prince regularly attended services when he was in town.

Malik Obama thinks Hillary may have cheated during latest debate