“I’ve lived in close presence of koalas for twenty years,” Betty Blue, a resident of Rosebank, Australia, wrote on Facebook, describing how she came to find Balou. “The mother had been around for a few days, so when we first heard the little meeping we thought nothing of it, but the next night I decided to investigate and was quite surprised to find him on the ground, no mom in sight.”

Blue contacted people who could help little Balou survive. Wildlife caretakers from Friends of the Koala, a nursery and care center in New South Wales, Australia, arrived at the Blue residence to bring Balou to his new foster home, where he’ll gain his strength for the next six to eight months. Cold and hungry, the little Koala didn’t even weigh a whole pound. 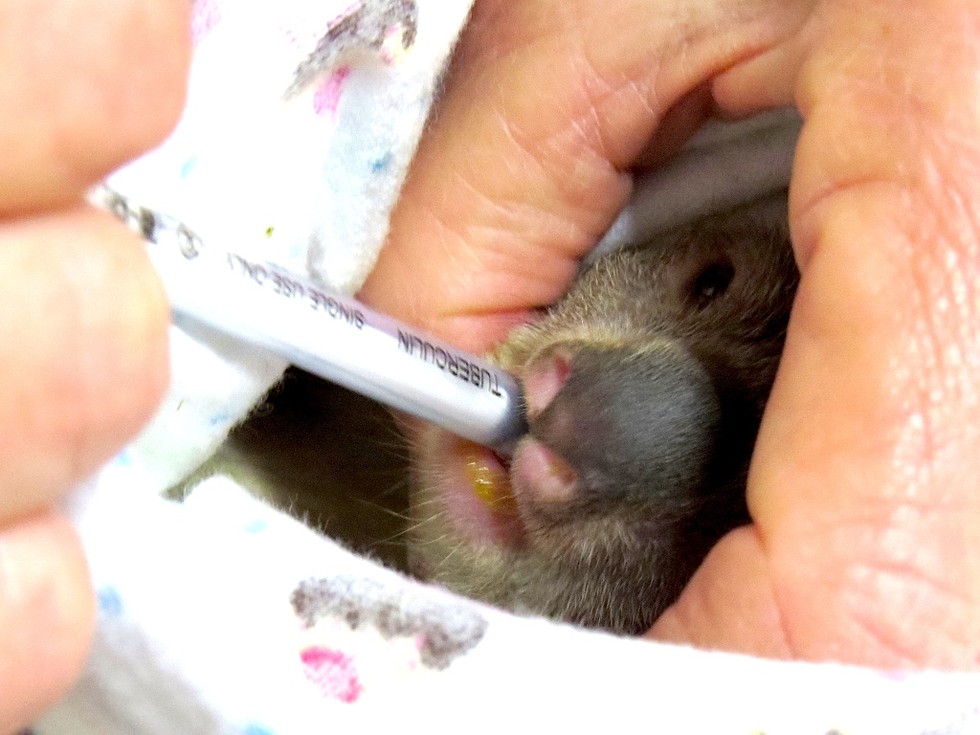 Koalas need to develop a special digestive bacteria in order to eat eucalyptus leaves, which are toxic without it. A video captures Balou having his first taste of “fecal pap.”

“In the wild, the mother koala would pass her gut bacteria through her feces to her young,” Keogh said. “It is a major step in their development … As you can see, he is totally loving the pap and will no doubt be trying his first eucalyptus leaf in the days to come.”Koalas need to develop a special digestive bacteria in order to eat eucalyptus leaves, which are toxic without it.

Friends of the Koala, Inc. helps about 300 koalas per year.
Sarah V. Schweig via The Dodo
Please comment and share