When you think hockey, there is no chance — zero per cent — that you think Las Vegas. Unless you live here, like Number 13, Zach McClenahan.

It’s under-16 AAA tryouts at the Las Vegas Ice Center, and McClenahan is having a good day. In just a couple of minutes he scored two goals.

And with the news that his city is likely getting a pro franchise, he’s a step closer to his dream of playing NHL hockey in front of a hometown crowd.

“You can probably watch some of their practices, they probably let you on the rink once in a while and you can like skate with them,” McClenahan says, beaming.

“Maybe I can meet some of the players and ask them questions around about how to make the next level.”

His chances of making it are no more improbable than the chances of the NHL deeming Las Vegas more suitable than Quebec City to be awarded a team. On Tuesday The Associated Press reported that Las Vegas will be introduced next week as the first NHL expansion team since 2000.

The Vegas franchise has a billionaire backer — Bill Foley — and a brand-new stadium. Those who helped sell season tickets, like Kirk Brooks, say they’ve already got deposits from 13,000 people. 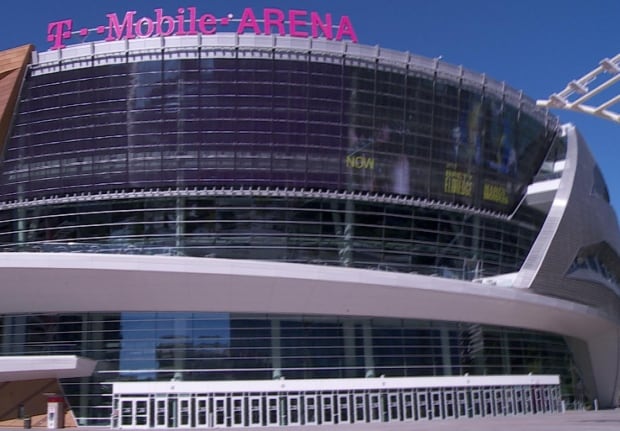 The Las Vegas franchise, owned by a group headed by billionaire businessman Bill Foley, has a brand-new arena. (Kim Brunhuber/CBC)

“They keep forgetting we don’t play hockey outside,” Brooks says. “Once you go into an arena it doesn’t matter what’s outside. It’s the coolest place in town!”

Still, the NHL’s track record for hot-weather teams isn’t great. The Carolina Hurricanes and Arizona Coyotes are struggling, and the Atlanta Thrashers are long gone to cooler Winnipeg.

“It’s just a matter of learning from those mistakes, trying to overcome them and not make the same mistakes over again,” says Gabe Gauthier, who played several games in the NHL and is now the head coach of the Las Vegas Storm in the Western States Hockey League.

“If you build it right and you have the right ownership and people that are enthusiastic and also driven to make the organization work and to make the fan base work, anything can happen,” Gauthier says.

Las Vegas, with more than two million residents and more than 40 million visitors last year, according to its convention authority, is the largest U.S. city without a major pro sports team. For locals, an NHL franchise would be the only game in town.

“I think the fans will have their first pro team to come and support and rally behind, and I think the community is going to get behind the team,” says former NHL winger, Canadian Bill Muckalt. He’s the general manager of the Nebraska-based Tri-City Storm in the United States Hockey League, and was in Las Vegas for the tryouts. 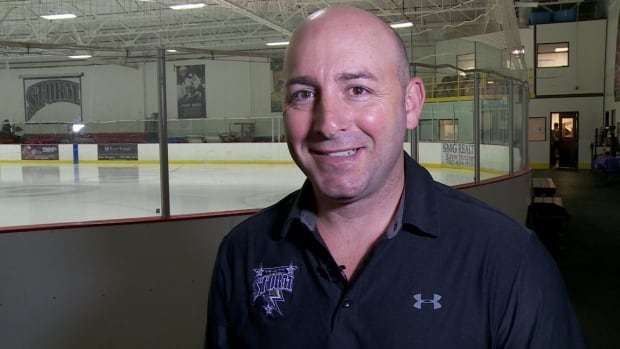 Doug MacLean knows a thing or two about non-traditional markets. The former general manager helped bring hockey to Columbus, Ohio. Las Vegas, he says, “is not going to be easy.”

“It’s all going to translate from the wins and how much they can sell the game there,” MacLean says.

“It’s always easy the first couple of years. But when you get to Year 5, 6, 7 and 8 — how is it then? We were sold out in Columbus, Ohio the first three, four years of the franchise. Then all of a sudden, because we weren’t having success on the ice, the fan base dropped off. So you go from making really good money the first few years and all of a sudden you’re into major losses.”

Las Vegas is a sports loser

And when it comes to pro franchises, Las Vegas has a losing record.

Its triple-A baseball team is near the bottom of the league in attendance. Two lower-tier professional hockey teams — the Las Vegas Thunder and the Las Vegas Wranglers — have folded.

And remember the Las Vegas Posse? Its life in the Canadian Football League was nasty, brutish and short.

But there’s another reason neither the NBA nor the NFL have settled here.

“There’s lots of challenges with running a hockey team in a typical, normal market, but when you’re putting a team in Vegas, with the distractions that are available there, I think it’s going to be challenging,” MacLean says.

“With today’s NHL player, with the average salary of $2.6-plus million a year and you’re going into Vegas, there’s going to be a ton of temptations.”

Still, the NHL is set to become the first major sports league to take that gamble. Its board of governors will make a final decision when it meets in Las Vegas June 22.